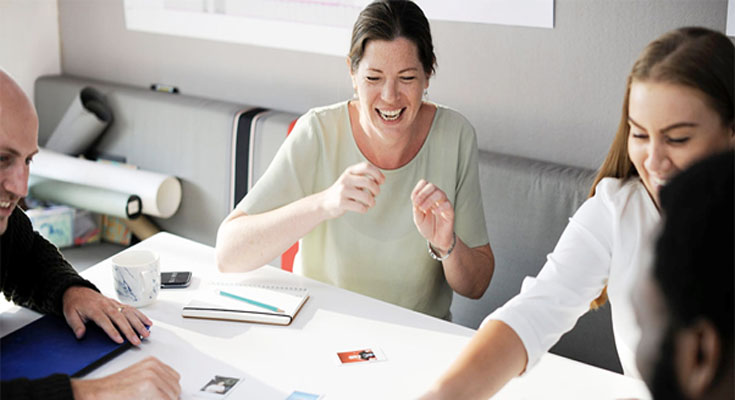 Boosting employee morale is one of the most important skills a business executive can have. Studies show that well-treated, happy employees not only decrease the likelihood of turnover, but they also increase the company’s level of success. Consider the following suggestions for creating a work atmosphere that makes employees feel valued and respected.

Today’s busy world has many people feeling pulled in multiple directions. Balancing family and work responsibilities can be especially challenging, and being empathetic to this struggle can make you a more effective supervisor.

Try to be reasonable with the amount of work you assign. Also, let your employees know that you understand the struggle, and when possible, be flexible with work schedules and deadlines. By respecting their personal lives, your employees will likely feel more valued. This can reduce turnover, saving your company both time and money in the long run.

Positive recognition is a low-cost method that can make a big impact. Studies show that when employees feel valued, everybody wins. The workers themselves feel better, and the company benefits from the resulting increase in engagement and productivity. Further, workers feel more loyal to the company and are less inclined to quit.

Communication is a two-way street, and keeping the lines open in both directions can help employees feel more valued. Because everyone wants to feel like part of a team, it’s imperative that your employees understand the company’s mission and … Do not be surprised by the title, Drone for fishing has been proven by Jaiden Maclean, Brody Maclean and Byron Leal from Sea Ulcer Aerial Media. The three men brought a Phantom DJI …

Learning Graphics Design; what you should know

How to Become a Freelance Graphic Designer

How To Make Your Tech Last Longer